The PowerTrunk TETRA network provides NJ TRANSIT with the first mission-critical land mobile radio system in the United States that has sufficient data capacity to support the voice and data needs of transit operations over a single LMR network. The network significantly enhances the safety and efficiency of existing NJTRANSIT operations because it (1) delivers carrier-grade speech quality, (2) carries data services on a system with mission- critical reliability, and (3) offers higher data capacity which enables advanced data-centric applications.

The system was built with a no-single-point-of-failure architecture for the network core elements and backup control room operations.

January 2014 saw an important additional expansion phase implemented by PowerTrunk for the NJT state- wide TETRA network beyond the scope of the initial system which went live operationally with the customer earlier in 2013. In this case, the purpose of the network expansion was to directly support NJT’s bus and light rail operations for a major and one of the largest sporting events in the world, Super Bowl XLVIII.

Apart from the typical normal daily use, extremely high demand was anticipated to be placed on the NJT public transportation system during the Super Bowl, and consequently, on the supporting communications networks. A high-priority expansion project was therefore undertaken by NJT to augment and reinforce the TETRA network capacity in the area surrounding Newark and New York City in direct relation to this event.

Special attention was particularly given to assuring indoor TETRA network coverage for the major transit hubs in the area handling the thousands of passengers to be traveling on game day to and from the Met Life Stadium where the Super Bowl was held. NJT’s Secaucus Junction Station was the most vital of these, being the hub through which all passengers had to pass before reaching the end of the line at the stadium. Across the Hudson River in New York City, indoor TETRA stations were likewise installed for New York Penn Station and the Port Authority Bus Terminal.

The Academy Bus Company provides service for NJT in the New Jersey and New York areas, and in fact its base station was one of the busiest sites of the entire TETRA network for the Super Bowl.

In addition to adding network capacity and deploying the in-building TETRA stations to expand the TETRA core network and the bus and light rail terminals already in operation, NJT’s Super Bowl Emergency Operations Center (EOC) was equipped with PowerTrunk MDT-400 TETRA radio equipment integrated with Telex IP-223 gateways for use with the Telex C-Soft console solution. This, together with about 300 PowerTrunk HTT- 500 TETRA portable radios, allowed NJT Customer Service “Ambassadors” and Bus Operations personnel to effectively communicate over the TETRA network to control the flow of and provide assistance to visitors and travelers during the event.

Furthermore, the GPS modules of the handheld and mobile TETRA radios and the use of PowerTrunk’s Synchronous Data Manager (SDM) application enabled NJT dispatch operators from their Maplewood control center and certain other key locations to monitor the movement and positions of all TETRA users in the network in real time, enhancing security.

The increase in the traffic load of the NJT TETRA system during the Super Bowl week was dramatic. For the week of preparation leading up to the Super Bowl, the TETRA network handled over 12,000 calls per day in the area, which was slightly more than double of what had been seen on a daily basis in the network up until that time. On the day of the Super Bowl itself, the amount of call traffic temporarily decreased during the time in which the game was actually in progress, but then immediately sharply spiked again upward just as soon as it ended and all the spectators began their respective journeys back home, again heavily dependent on the New Jersey Transit public transportation system to see them on their way.

In the end, the Super Bowl was a highly successful “trial by fire” of the PowerTrunk TETRA system for NJT, with no significant problems taking place, proving the viability of TETRA as a technology for supporting massive and high-visibility events and fully assuring the safety and security of operational personnel and passengers alike. 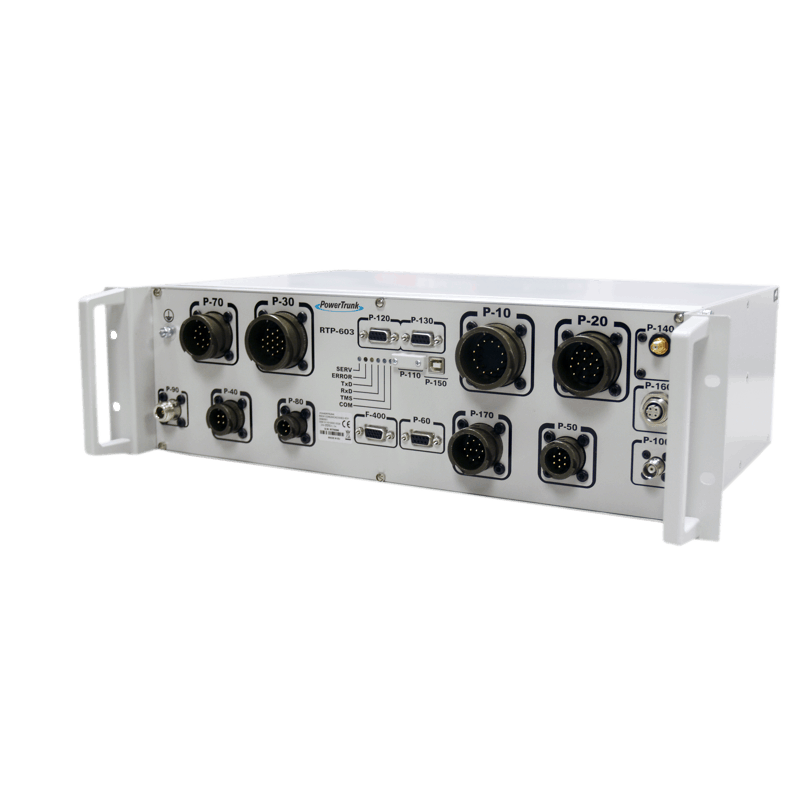 In addition to the RTP-300 features: Dual equipment: up to two internal radio interfaces Advanced functionality integrated in the communications rack: Interconnection with Passenger Information Systems 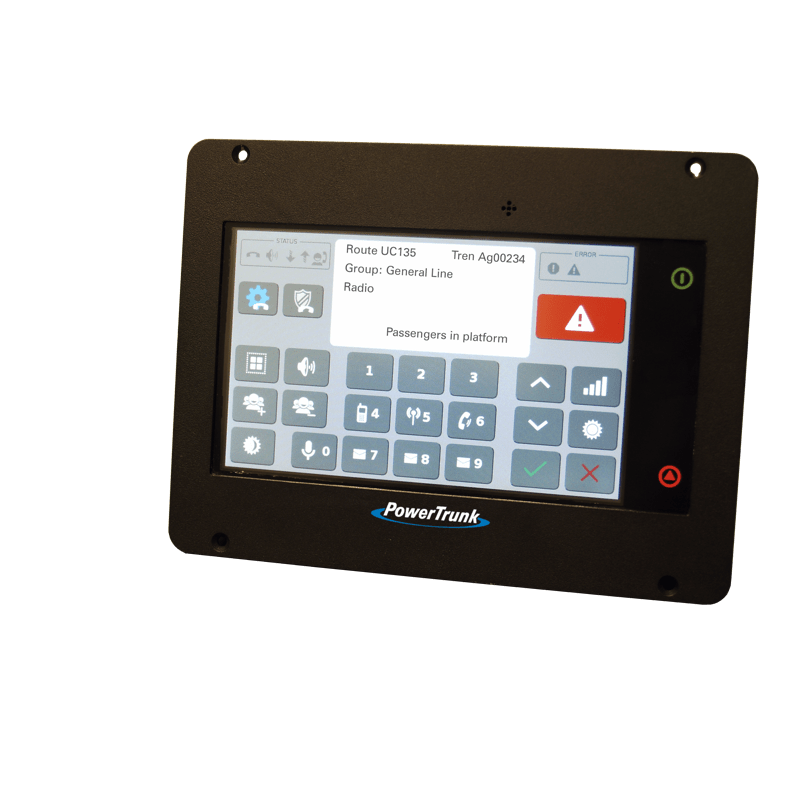 Connection to the audio accessories: handset with PTT, loudspeaker, ambience microphone. Touch-screen version with advanced functions and capacity for management and display of video. 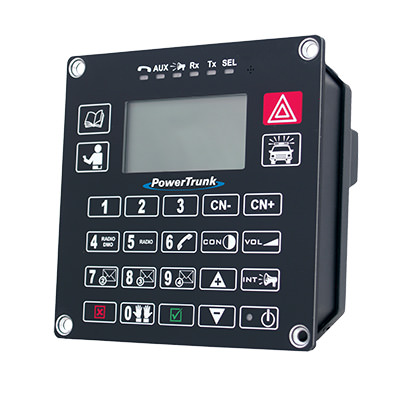 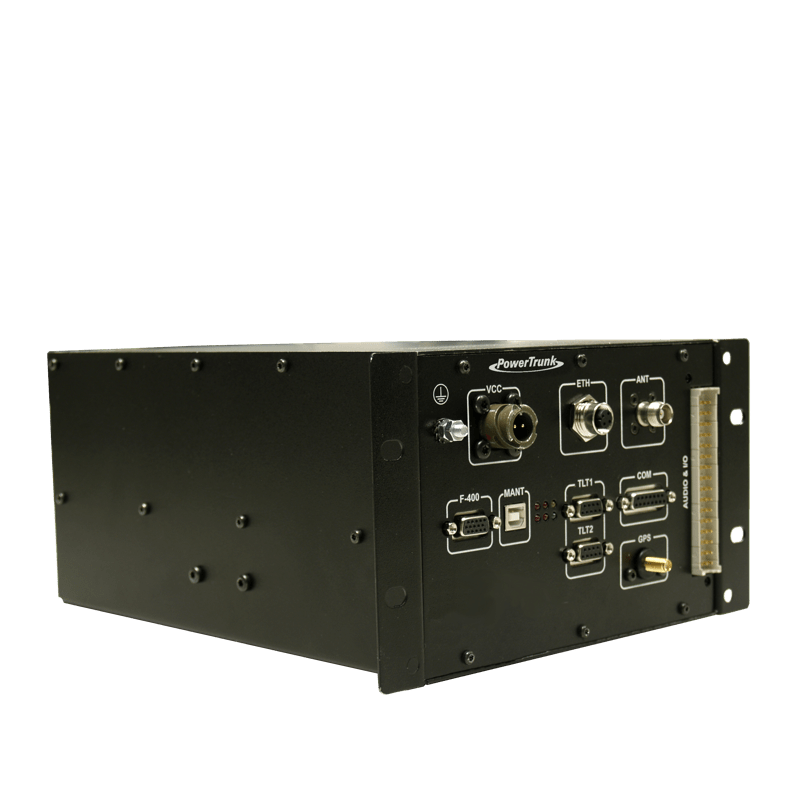